Q: Rugby union wasn't your first love, was it?

A: I didn’t start playing rugby until Year 11 when I went away to boarding school at Bathurst (St Stanislaus College). We made the Waratah Shield semis two years in a row but met Matraville and the Ellas. Growing up, I played league in Baradine in Group 14. I was playing under-18s when I was 14.

Q: After school you then went from union back to league?

A: Yes. I got signed by Newtown. I was playing under-23s with guys like Phil Sigsworth and Geoff Bugden. I enjoyed it but it was tough. We were getting pumped most weekends. I was going to teachers' college with Warwick Waugh and he was telling me to come and play for Randwick. Newtown offered me a deal to stay but I decided to go back to rugby.

Q: It turned out a good move?

A: It did. I played five-eighth when Mark (Ella) was away and moved to centre when he came back. I had a couple of years at Randwick then got approached to go up to Brisbane. I was playing Australian 21s and Tempo (Bob Templeton) was coaching the Wallabies and Queensland. He said Paul McLean was going to retire and there would be a good opportunity. I went up there in '82 and played with Wests and lived with Roger Gould for a while.

A: I toured New Zealand in '82 (with the Wallabies) and got called over to France and Italy in '83 and then went on the Grand Slam tour in '84. They were awesome times.

Q: You had to wait until 1985 to make your full Test debut and it ended up being three Tests in something like 15 days?

A: I was on the bench for the last Test (against Scotland) on the Grand Slam tour but it was hard to get on in those days unless there was an injury. I got picked to play (number) 12 against Canada for two Tests (in 1985) and then the Test against the (All) Blacks in Auckland.

Q: Tell us about the Eden Park experience.

A: I remember warming up and the Kiwis putting a bit of shit on us. I don't remember the anthem but I remember watching the haka. I remember tackling Murray Mexted and making a cover tackle in the corner but the game really was a blur. I know it was a game we should have won (Australia lost 10-9).

Q: It was around about then that you started to think about life beyond playing? 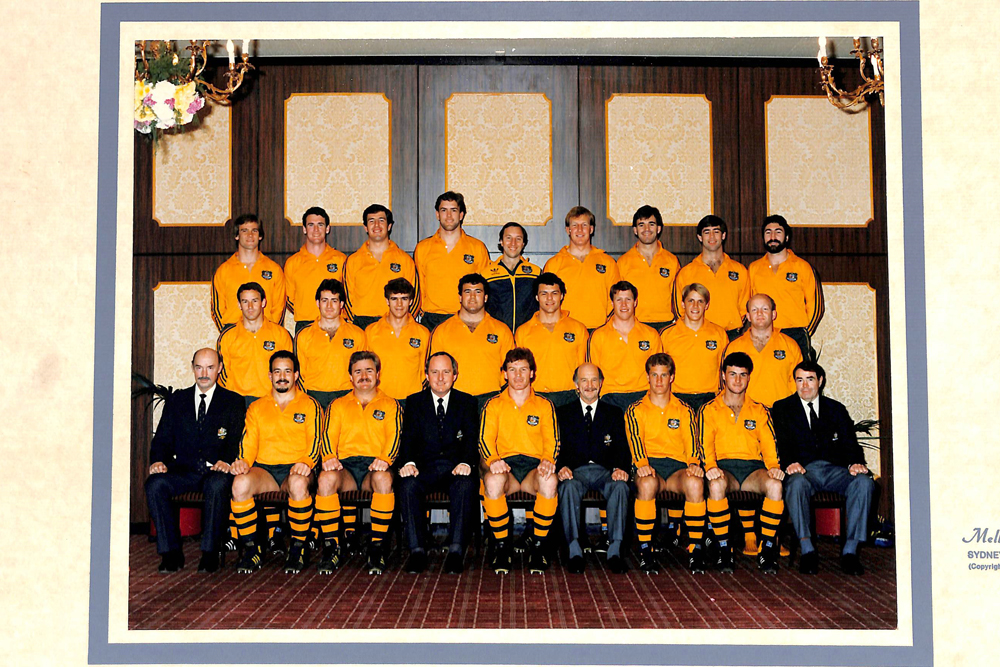 A: I pulled out of a tour to New Zealand (in 1986) because I'd just bought a house in Brisbane. You'd go away and get 18 bucks a day allowance. I missed out on the '87 World Cup squad and played one more season in Brisbane before retiring. I came back two years later with Sunnybank, who'd just come up from second division. I was assistant coach (to head coach Peter Abbott) and played as well. It was very enjoyable. That club has gone on to bigger and better things

Q: You played for Queensland for six years, represented Australia in countless tour matches and three Tests. How would you sum up your playing career?

A: I was very fortunate to be involved in a great era. I was coached by Bob Dwyer at Randwick and played with the Ella brothers. That opened doors for me. To then be picked under Alan Jones was a great confidence booster. I wasn't the greatest player in the world but I did what I had to do. To be a boy from a town of 900 to play for Australia is something I cherish.

Q: The coaching bug bit hard after that stint in Brisbane?

A: I guess so.  It was a good introduction. Chris Roche was coaching the Australian under-19 team and he asked me to help him out with the backs.

Q: That led to a return to Sydney to take over the coaching role at Manly in 1997. It turned out to be a great move for you and the club?

A: We had such a great bunch of people. We did a lot together and got on really well. I remember we'd eat a big pasta feed together every Thursday night after training.  Our managers would cook it up and always make sure they cooked a shitload so some of the boys could take the leftovers home. We looked after each other. All the stars aligned that year (Manly won their first premiership since 1983)

Q: One of those stars was enormous – the great Willie O? 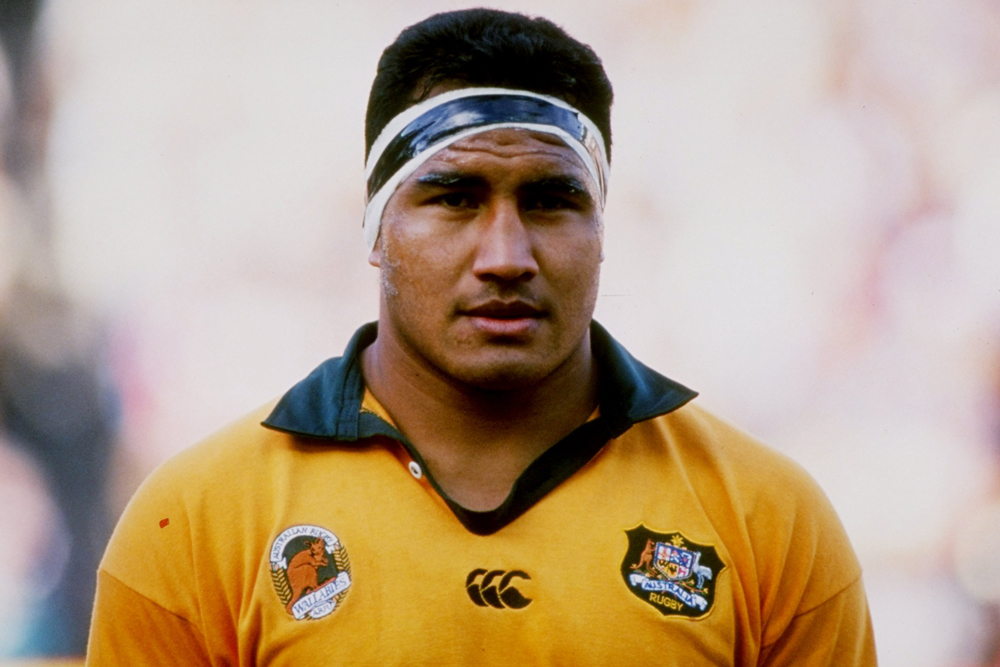 A: We basically had him all year. I think he only missed three games. He was incredible and everyone lifted around him. We had a players' player award and whoever won it won a dinner for two at (Manly's) Ribs and Rumps restaurant. Willie played 18 games and won 15 of these dinners! They were worried the restaurant might pull out (laughs).

Q: Things moved fast for you from there?

A: I'd met Rod Macqueen when I asked him to come down to a training session at Manly to talk to the players about communications systems and working in channels. He started coming to a few games and liked the way we were playing. He got appointed Wallaby coach and he called me one day out of the blue and asked to catch up. I went home to (wife) Deb and said 'shit, I might get a job as an assistant with the Brumbies'.  We caught up and he said 'I've spoken to some people in Queensland and they speak highly of you, I'd like you to be my assistant with the Wallabies'. That's how it came about.

A: All the stars aligned again. We had seven or eight world class players. In the last World Cup we’d be lucky to have two or three. We were lucky with injuries and had consistency in our selections. We thought we'd play the All Blacks in the final but France beat them (in the semis). Our video analysis bloke shit himself. He was up all night cutting the French videos so we could prepare. But we knew in the back of our minds they'd celebrated like they'd won the World Cup after beating New Zealand. We knew it was going to be tough but if we got through the first 50-60 minutes, we'd be able to get away with it. We had a great side – on and off the field.

Q: A few doors opened for you after that win? 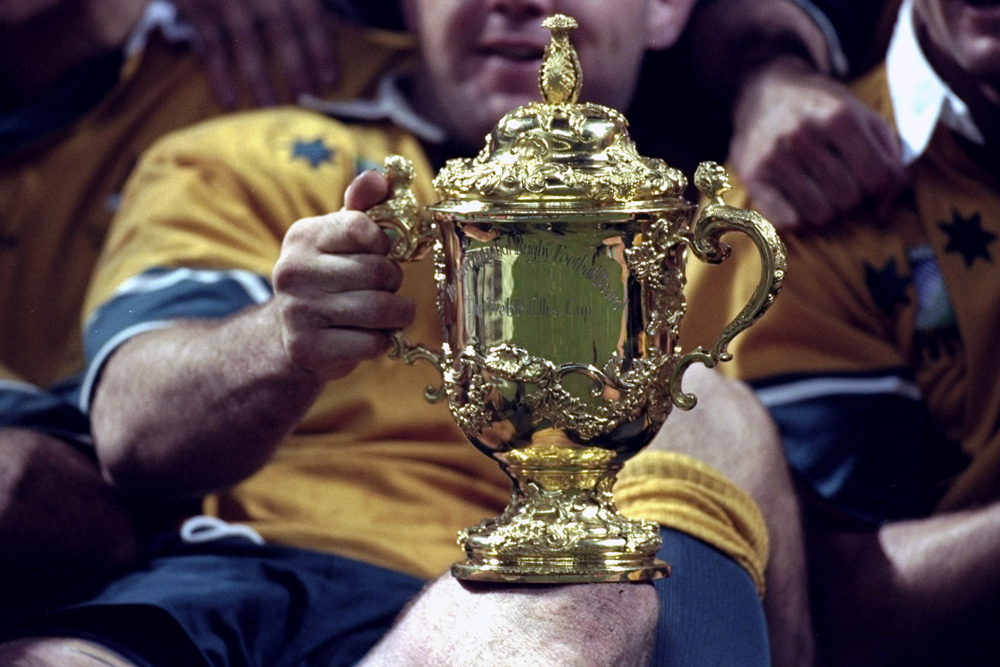 A: I had a manager call me from England asking if I was interested in him making some enquiries on my behalf. Apparently there were two or three clubs keen. At that stage I was happy to stay at the Wallabies but Deb and I were also interested in living overseas. We played a Test in Melbourne in 2000 and the manager called the next day and said there's a club in France – Clermont-Ferrand – that are very keen. I decided to have a go at it.

Q: How was that experience?

A: They'd come eighth the year before. They had a mentality over there to win their home games and not put too much emphasis on away games. We'd go to away games on the bus and it'd knock the players around. I said to the president: If we win three away games, can we start to fly to games in a private jet? He agreed. I told the boys and they were onboard. We beat Toulouse in Toulouse, drew with Biarritz in Biarritz and beat Agen away. I went into the president's office and he was good to his word. We didn't get the private jet but we got to fly to games that were more than two or three hours away.  We made it to the final against Toulouse but they were too good for us on the day.

Q: People in high places took notice and you were soon back on the international scene with South Africa?

A: It was the chance to work with an international team again but I regret having to leave. It would have been great to do another year (in France) to see if we could continue on. (SA coach) Harry (Viljoen) resigned after six months and that left me in the lurch a bit. But I met with (new coach) Rudolf Straeuli and he kept me on and we had a fait bit of success with some of the young players coming through. We went away to Britain that year and didn't play to the conditions. Rudolf did a complete backflip and picked all the older players. I disagreed and he said we probably should part company. Stupidly I agreed. It would have been good to go to the World Cup (in 2003) but I kept saying they'd bow out early if they went with the older blokes and that's what ended up happening. We had nearly four years in South Africa and loved our time there.

Q: You stayed in SA with the Cats and then another move – this time to Italy and France - before another very adventurous shift?

A: I worked with John Kirwan with the Italian national team before he unfortunately got moved on. It was then back to France to help out at Toulon, where I coached the Georgian back-rower (Guia Labadze). He asked me to coach the national team – if the president was in agreement, which he was.  I got a phone call saying they wanted me to take them through the next World Cup. We changed their style of play and became a more attacking side instead of forward dominating. The facilities weren't great in Georgia so the majority of camps we did in France, where most of the players were based. We won 23 out of 24 Tests playing the Six Nations B tournament. We played the likes of Russia, Romania, Spain, Germany.

Q: Despite that record and the team's rapid improvement, it didn't end well?

A: No. One year out from the (2011) World Cup I get the arse. I got white-anted by a bloke who said he'd do a better job for less money. I thought we'd take a few teams by surprise in that World Cup but it didn't end up that way.

Q: You returned to Manly for a season and ended up buying a business up the NSW coast, but the coaching itch still remains?

A: Yes. I'm only 60 in November so if an opportunity came up I’d be open to it. I'd considered going overseas for a couple of years. You never say never. But at the moment we're happy here at (Port Maquarie). We own the Ki-ea and Beachcomber apartments and are slowly getting back to where we were (pre-virus).

Q: What are your thoughts on Australian rugby at the moment?

A: The results have been disappointing. There are times the Wallabies have looked good but the consistency just isn't there. Winning breeds confidence and we haven't had that for a sustained period. It's a mindset.

Q: Finally, how is life these days?

A: Very good. We have two grandkids with another on the way. The apartments up here (Port Macquarie) are great, just three minutes' walk from the beach. We get down to Sydney to see the kids and grandkids and friends when we can. I can't complain.