For the past couple of months, the chief Wallabies playmaker of the past five years, Bernard Foley, has been quietly teaching his craft to a bunch of locals on the mid-north coast of New South Wales.

Not for a dollar. Not for a headline. But for the love of the game.

Every Wednesday night, Foley, with younger brother Dave, put the Bowraville Goannas through their paces and a couple of hours later roll into the local pub, deep in rugby league heartland, and chew the fat.

“There’s a lot of tales told, Foley tells RUGBY.com.au, just after dusk where he’s downed tools after yet another day working the family farm.

“It’s 6:30 on a Wednesday, the guys are all there. A few people wander in a bit late. Training goes for an hour-and-a-half, there’s normally a bit of fitness at the end and then the recovery is at the Bowraville Hotel.”

Foley is no household name in this territory.

“It’s not like you’re recognisable when you’re up here,” says Foley, who was one of the standout players of the 2015 World Cup.

“It’s league dominant in this part of the world.

“But where I’ve really noticed it, I suppose, is through the football club and the neighbours and the people interacting with me a lot. There is a sense of community through it all. There’s guys turning up each Wednesday night at training, wanting to be there, they’ve been working hard all day but everyone wants to come to training and, more so, go to the pub after and something to eat.”

For those in rural parts of Australia, sports teams rely on volunteers to spearhead their clubs, which are the beating hearts of rural towns. 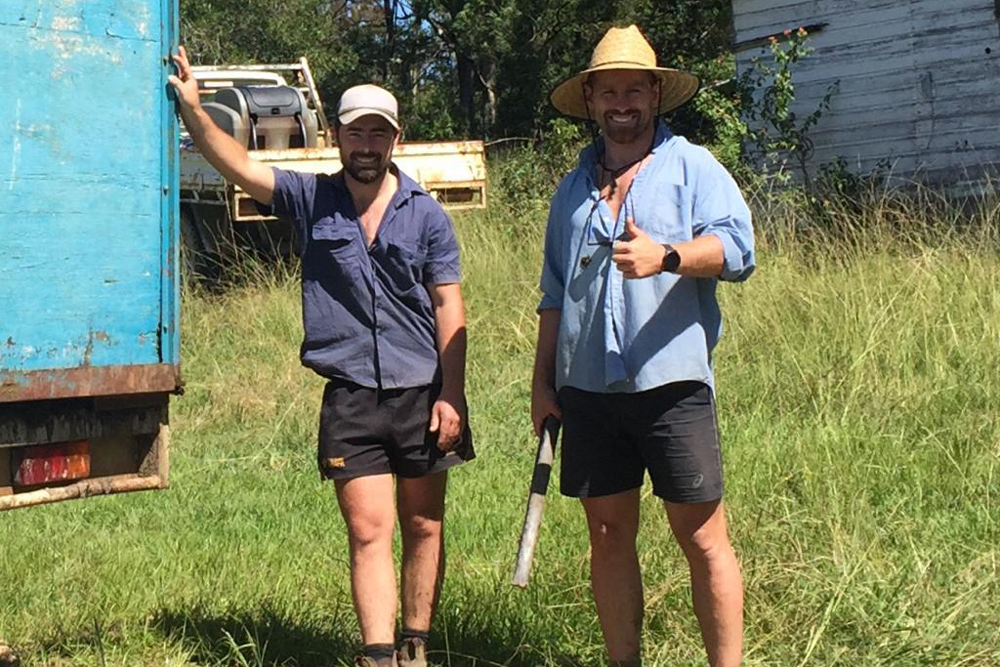 Except, rarely is that volunteer a 30-year-old Wallaby,  who only nine months earlier was at the epicentre of the third biggest global sporting event as the Rugby World Cup took place in Japan.

COVID-19 has been an unscrupulous beast for many, leaving those who can ill-afford the uncertainty and unpredictability of the virus sweating on each new positive test.

For Foley, it forced him home from Japan, where he was in his first season at Kubota Spears having left Australian rugby following nine years with the Waratahs.

He could have easily stayed in Sydney and enjoyed some down time after a decade chasing an egg-shaped ball around the world and 71 Tests for his nation.

Instead, he opted to get his hands dirty and help out on his family’s property in Bowraville, 50 kilometres south of Coffs Harbour, having enjoyed a few days of sanctuary at the farm following last year’s World Cup disappointment.

“Coming back from Japan so suddenly, I sort of wanted to be somewhat useful,” Foley reflects.

“I didn’t just want to have to go do my isolation and then be in lockdown in Sydney, and fortunately the family, we’ve always had a farm, and my brother’s been managing it the last four or five years, so I thought what a good way to do something new and different and come live on the farm and be of some use and helpful rather than just sitting in an apartment or house in Sydney in lockdown.”

It was only at the start of the year that fires roared throughout Australia and Bowraville didn’t escape its rage.

The Foley property still fortunately stands, but many in the community weren’t so lucky.

“Our property got burnt,” Foley explains.

“There wasn’t too much destruction, the house and the equipment were fine, but it did come onto our property and through the neighbours and just over the mountain where there was a lot of destruction, they lost something like 80 houses.

“We were very fortunate in our valley, but having said that there were a lot of people fighting it and came out and really banded together in a community effort to fight it in this valley.”

For Foley, the past couple of months, in particular his small, yet important gesture, of helping the local rugby club has put his journey to the gold in perspective. 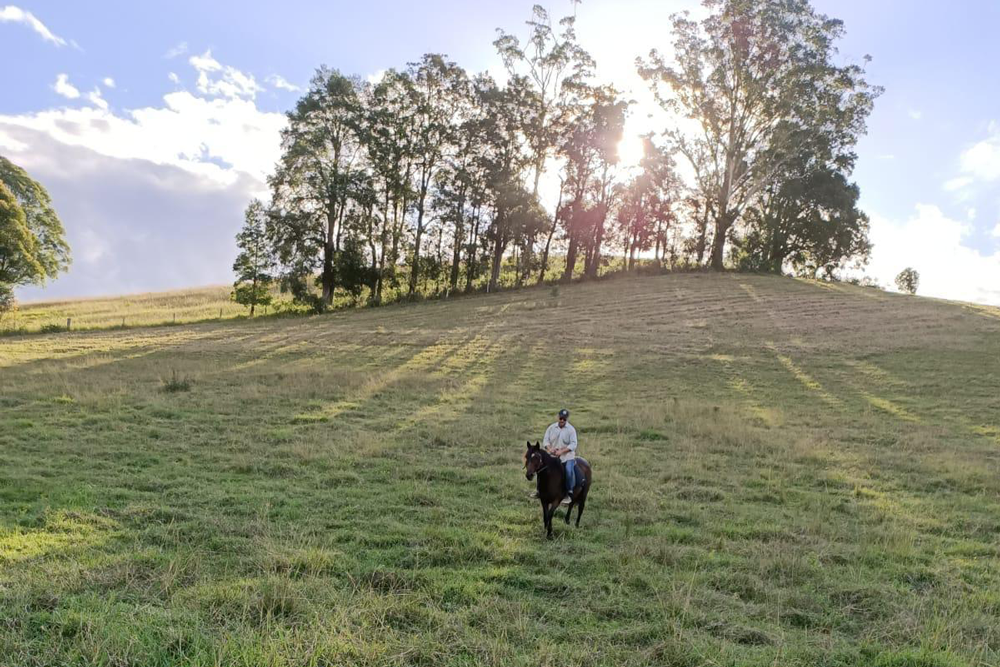 Working the farm, he’s come to see first-hand what life is like in the country for so many Australians.

“I’ve never really considered farming be my occupation or go-to thing post-footy, so to be able to experience, to even see the hardships, the day to day routine farmers have to go through, from the highs to the lows, from seeing one job completed to creating another one, it’s been great,” Foley says.

“I’ve only done footy for the last 10 years so to have this period where you get to see a bit more of the real world, to be able to see what other people's lives consist of and to get that reality check that rugby, we’re so fortunate in what we get to do, when you come to things like working the land, there’s a real harsh reality to it and you don’t have as many wins, you don’t have all the excitement but you do have a lot of hardships as well.”

It’s why being involved with the local rugby club is so important to so many.

“To see guys want to turn up, want to play footy and want to have that camaraderie and friendship is amazing,” Foley says.

“Guys travel from South West Rocks, which is more than an hour, away to come and be involved and even in-season they travel up to two-and-a-half hours just to get a game.

“It’s that commitment - guys want to get around each other, rock up, have a good time, play a bit of footy – which has been extremely refreshing for me.

“That aspect of rugby, although it never gets lost, that’s why we all love footy and all started playing it.”

For the Goannas, it’s not yet known whether their season will in fact take place.

COVID-19 has already forced the suspension of the local rugby league competition.

It might have seen a few from the 13-person game come across and see what rugby is all about but the continued spread of the virus has put the Goannas’ season in danger of not getting off the ground too.

If that’s the case, Foley says it would be a “kick in the guts” for all those that have been training since the start of the year.

"There’s a lot of guys that have been turning up since summer and wanting a season and wanting a game. We’ll have to see how that pans out,” Foley says.

It was less than five years ago that Foley almost delivered Australia their third Webb Ellis Cup.

Had Dan Carter not slotted a couple of crucial long-range field goals in both the semi-final against the Springboks and the Wallabies a week later at Twickenham in front of 80,000 fans, it could have been Foley was crowned the tournament’s best player.

2019 didn’t come close to matching the highs of four years earlier for both Foley and the Wallabies.

Far from wanting to creating a headline, Foley is philosophical about the journey he’s walked in recent years.

“When you are involved in teams, campaigns, whatever, you can get lost in the real reasons of why you play the game,” Foley says.

“I don’t want to be a cliché, but that’s why you come back and enjoy it and that’s why I’ve enjoyed rocking up to training, playing with these guys. There’s some really talented footy players too, and guys that want to do some fitness after, but they also just want to go have a good time, train hard and play a game but catch up after and have a beer.” 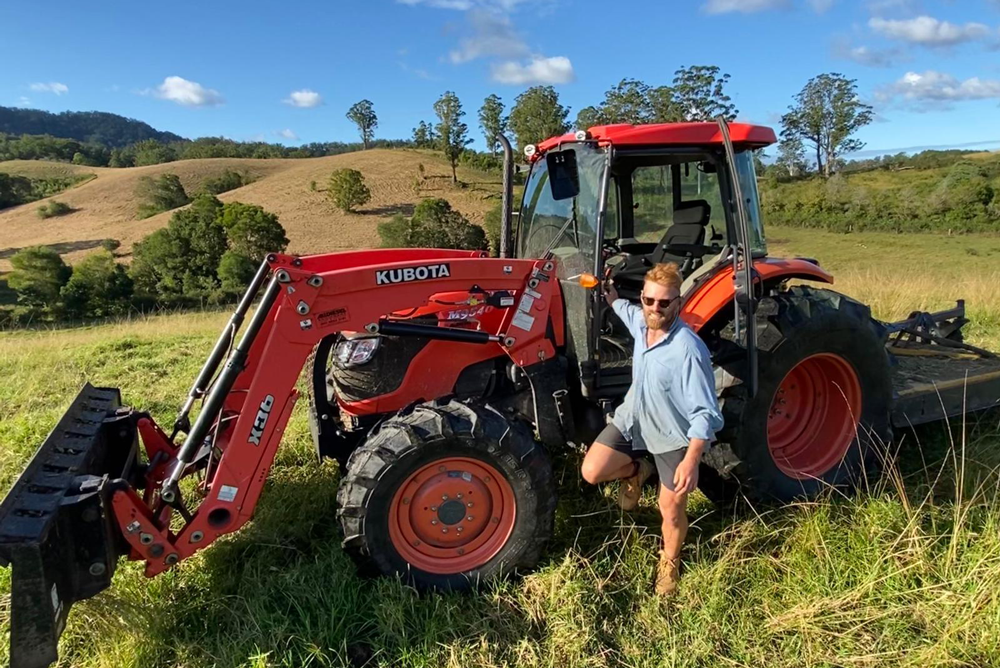 Does he still harbour wearing the gold jersey again?

“The desire’s always there. The Wallabies is the pinnacle. You still want to win trophies, you still want to be involved. But for me, the time was right to leave and go away and what happens in the future, who knows.”

Indeed. After all, Foley thought he would be 8,000 kilometres north of Sydney in Japan right now, rather than just up the highway on the New South Wales mid-north coast.