An incredibly versatile forward, Larkin represented Queensland as a flanker, a prop and a hooker before he attained national honours in the late 1950s.

A graduate of Anglican Church Grammar School, Larkin played two seasons in the school’s 1st XV and was named captain in 1953 and subsequently captain of the GPS 1st XV side later that season.

Playing for the University of Queensland whilst undertaking a medical degree, Larkin made his representative debut for Queensland against New South Wales in 1955, in the number 8 jersey.

Larkin moved to the front row in 1956, playing hooker as the Springboks and All Blacks toured Australia. However, Larkin did not earn his first representative cap until 1958, debuting against New Zealand Maori in Sydney. 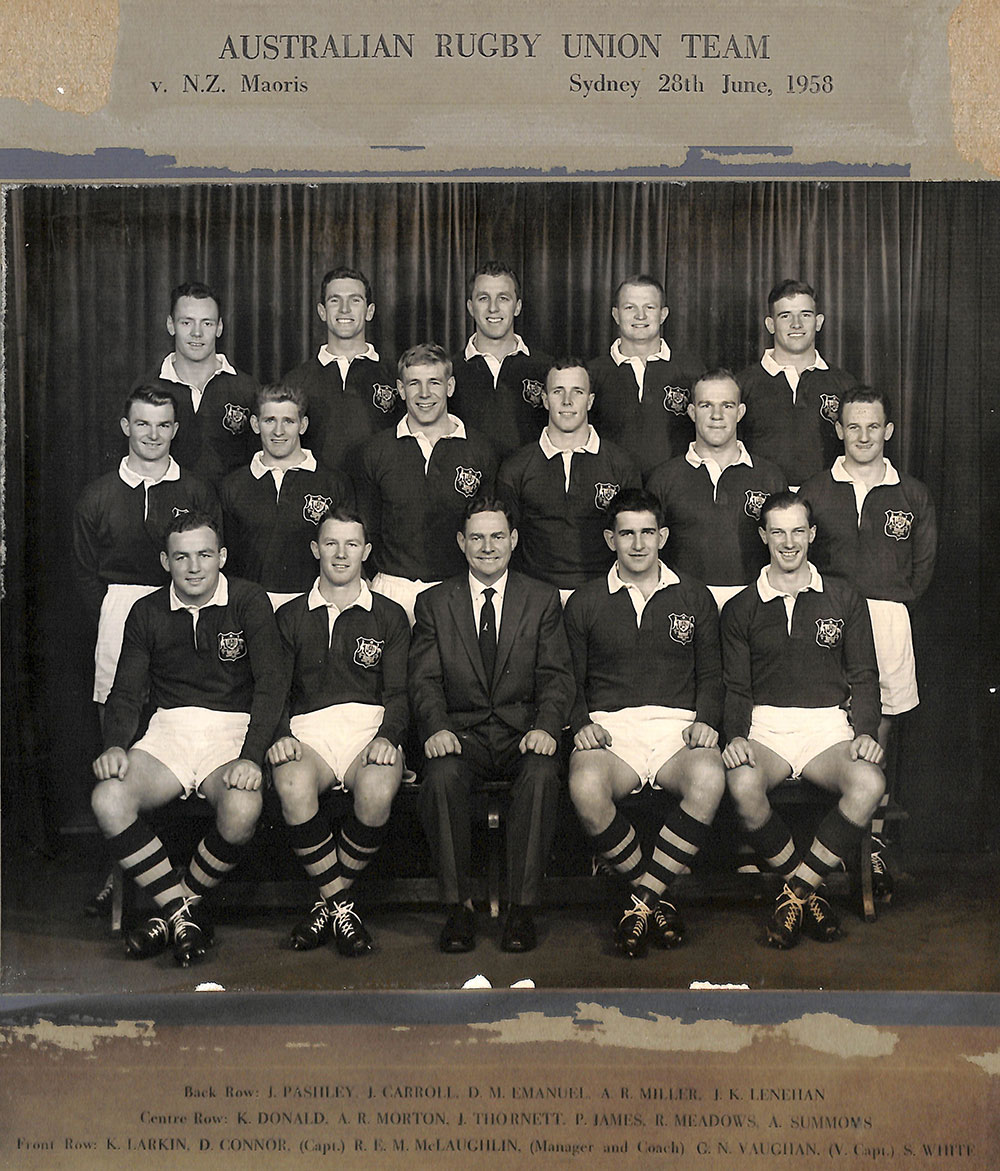 Strong performances saw Larkin retain his jersey for a subsequent test against the touring side in Melbourne but was unavailable to join the New Zealand tour due to his medical degree.

He is survived by his twin sisters Denise and Wendy, his children Nicola, Justine, Michael, Melissa, and his many Grandchildren.

He was and forever will be Wallaby Number 444.

View his bio at https://classicwallabies.com.au/players/kerry%20kelsall%20larkin.